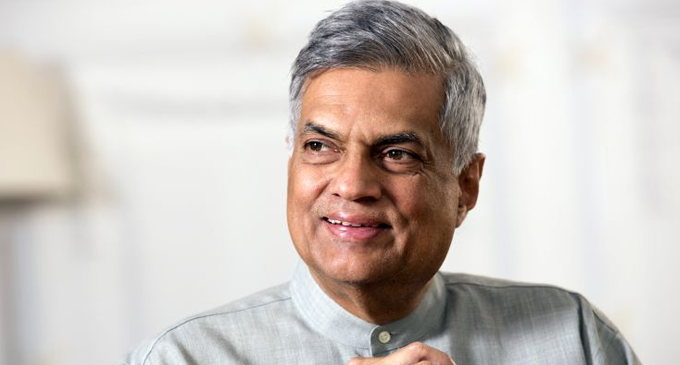 (FASTNEWS | COLOMBO) – One has to ensure the victory of goodness at the forthcoming presidential election and prevent evil from coming into our society, Prime Minister Ranil Wickremesinghe told the national legal forum held last Sunday in Colombo, organised by the UNP Lawyers’ Association. “We made the judiciary independent and brought in reforms. We have slashed the prices of essential goods. This year’s presidential election will be a poll that brings freedom to the people. Sri Lanka is moving towards reconciliation. We saw how the country stepped forward when the dastardly Easter bombs went off three months ago,” he said.

He said following the Easter carnage, the tourism sector had picked up faster than expected.“We invested a staggering Rs.500 billion to convert Sri Lanka into an export and tourism-oriented nation. We have got a new highway network connecting Colombo, Kandy and Hambantota. We managed to convert Hambantota Port into an active one. More than a thousand acres have been set aside to develop a special economic zone in Hambantota. There will be another zone in Bingiriya,” he said.

On a different note, the premier said the country lost its credibility during the previous regime because it was not possible to obtain loans.He praised the presidential candidate of the UNP led alliance, Sajith Premadasa for being one of the most able members of the government team.