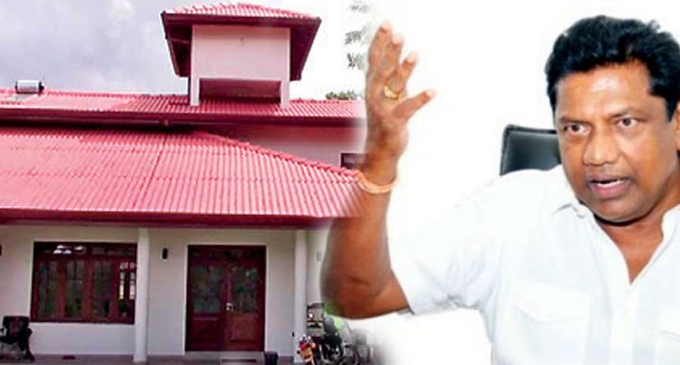 The person or persons had entered the house on the bank of the Kaluwamodara River after breaking a windowpane and had removed some items kept inside an almirah, but not taken away the safe where the politician had kept money.

The police arrived at the scene after a telephone call by Mr Welgama and had found that there was no protective fence on the riverside from where the thief or thieves had entered the house.

It is not clear yet whether the person or persons had entered the house to steal valuables or to harm the parliamentarian who is in a midst of controversy after placing deposits for the November 16 Presidential Election, police said.