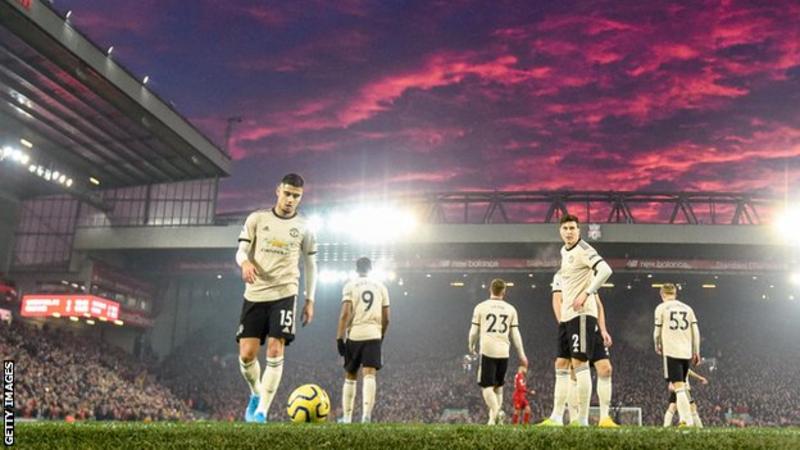 (FASTNEWS | COLOMBO) –  Manchester United’s last visit to Liverpool almost a year ago to the day saw them beat a miserable retreat from Anfield after a loss that left them 30 points adrift of the team who would be champions.

It was a 2-0 defeat but Manchester United were lucky to escape further embarrassment and looked light years adrift of Liverpool – who even had a game in hand at that point – when measured in performance and progression.

The notion that they could contemplate winning the Premier League any time soon, or even figure in the conversation, was the stuff of fantasy.

This 0-0 draw, those 12 months on, meant United remained top of the table, three points ahead of Liverpool at the final whistle.